With a presidential election on the horizon, teaching about our country takes on new importance.

I believe America is a verb, not a noun. America is the greatest opportunity for people to live in fairness and decency, but only if you accept the idea that America is an ongoing activity, rather than a done deal. America as an evolving concept has meaning; our country offers more potential for human freedom and mobility of mind than any other sovereign nation created in the last 10,000 years. But if America is just a noun, a static object, it should be treated as any other nation. Nothing special - simply a place that is south of Canada and north of Mexico.

One of the fundamental tenets of our democracy is that we allow and share disparate opinions. That principle must be honored. If we do not honor disparate opinions - if we heap scorn and contempt on those whose ideas differ from our own - and if we humiliate dissenters for exercising their right to dissent, we are being fundamentally antidemocratic.

This is an important point to teach our children, and this is why it is critical that we continue to teach our children both civics and civil debate as a key part of our schools. If we no longer teach these skills and we expect our children to inherit this great nation, it's like giving someone the keys to the car without requiring them to first obtain the skills needed to drive.

The expertise needed to understand Western enlightenment and civil liberties is not something you are born with. You have to learn it. Unless we teach our kids the ideas that make America - the government - a miracle, it will go away in their lifetime. We must find the time and creativity to teach civics in school. If we don't, we will lose it to fundamentalists of every stripe and to stupidity and the darkness.

A great example of this danger is our modern excuse for debate, particularly televised debate. We don't show that complex issues require time to understand. We don't reason things through. We don't applaud remination and taking your time.

Instead, we watch the Bill O'Reillys and Sean Hannitys and call it discourse. But is this really debate? Of course not. Politics and news have been hijacked as mere sources of entertainment. We confuse the melodrama of incivility with how public issues are meant to be discussed. Is this the way we want our children to behave: insulting, annoying, and loud? Is this something our kids should emulate? Instead, we need to teach our kids the tools of reason, logic, clarity, dissent, civility and debate. We must teach them that it's OK to keep asking new questions. Those things are the nonpartisan basis of democracy.

What has happened in America is that we have confused confrontation and opposition with discussion. We have turned debate into entertainment. And we have created a system where dissent - the essence of a democracy - is considered antipatriotic, when in fact the opposite is the case.

Democracy is hard work. It requires our attention, because if we don't use it, we lose it. Democracy will not go away in a single dramatic event. No one will ever say that this is the day it died. But this is the state of things now: Unless we are careful, America will turn into a legend, a story, a fable. All it takes is some inattention. It takes a belief that we don't count. It takes cynicism in our country. Cynicism is probably the least attractive thing ever created, and it always comes from a broken heart. The only reason people get cynical is because of love gone sour: At one time, there was an America we loved, and now it's gone sour.

This country, the idea that we are responsible for our own government, represents a tiny twinkle of light in a long world history of monarchy and theocracy and oppressive darkness. If our form of representative democracy lasts longer than our lifetime or our kids' lifetime, it's only because we put some effort into teaching the ideals of opportunity, mobility, freedom of thought and assembly.

America in its imperfection may be unsatisfying, but it is alive. And it is up to us to make sure America keeps on living. Kids must be reminded of the great parts of this country - the parts that aren't always so easy to see or hear. Unless we give them something to fall in love with, why should they be in love?

Richard Dreyfuss is an actor who has appeared in more than forty films, including every teacher's favorite: Mr. Holland's Opus. This column is based on remarks he made at the 2007 Teaching & Learning Celebration conference, held in New York City.

Posted by We Legislate at 8:05 AM No comments:

I am your new principal...

This is the guy that should be running for President in 2016!

A Speech Every American High School Principal Should Give.... By Dennis Prager.

To the students and faculty of our high school: I am your new principal, and honored to be so.

There is no greater calling than to teach young people.

I would like to apprise you of some important changes coming to our school. I am making these changes because I am convinced that most of the ideas that have dominated public education in America have worked against you, against your teachers and against our country.

First, this school will no longer honor race or ethnicity. I could not care less if your racial makeup is black, brown, red, yellow or white. I could not care less if your origins are African, Latin American, Asian or European, or if your ancestors arrived here on the Mayflower or on slave ships. The only identity I care about, the only one this school will recognize, is your individual identity -- your character, your scholarship, your humanity. And the only national identity this school will care about is American. This is an American public school, and American public schools were created to make better Americans. If you wish to affirm an ethnic, racial or religious identity through school, you will have to go elsewhere. We will end all ethnicity, race and non-American nationality-based celebrations. They undermine the motto of America , one of its three central values -- e pluribus Unum, "from many, one." And this school will be guided by America 's values. This includes all after-school clubs. I will not authorize clubs that divide students based on any identities. This includes race, language, religion, sexual orientation or whatever else may become in vogue in a society divided by political correctness. Your clubs will be based on interests and passions, not blood, ethnic, racial or other physically defined ties. Those clubs just cultivate narcissism -- an unhealthy preoccupation with the self -- while the purpose of education is to get you to think beyond yourself. So we will have clubs that transport you to the wonders and glories of art, music, astronomy, languages you do not already speak, carpentry and more. If the only extracurricular activities you can imagine being interested in are those based on ethnic, racial or sexual identity, that means that little outside of yourself really interests you.

Second, I am uninterested in whether English is your native language. My only interest in terms of language is that you leave this school speaking and writing English as fluently as possible. The English language has united America 's citizens for over 200 years, and it will unite us at this school. It is one of the indispensable reasons this country of immigrants has always come to be one country. And if you leave this school without excellent English language skills, I would be remiss in my duty to ensure that you will be prepared to successfully compete in the American job market. We will learn other languages here -- it is deplorable that most Americans only speak English --but if you want classes taught in your native language rather than in English, this is not your school.

Third, because I regard learning as a sacred endeavor, everything in this school will reflect learning's elevated status. This means, among other things, that you and your teachers will dress accordingly. Many people in our society dress more formally for Hollywood events than for church or school. These people have their priorities backward. Therefore, there will be a formal dress code at this school.

Fourth, no obscene language will be tolerated anywhere on this school's property -- whether in class, in the hallways or at athletic events. If you can't speak without using the f-word, you can't speak. By obscene language I mean the words banned by the Federal Communications Commission, plus epithets such as "Nigger," even when used by one black student to address another black, or "bitch," even when addressed by a girl to a girlfriend. It is my intent that by the time you leave this school, you will be among the few your age to instinctively distinguish between the elevated and the degraded, the holy and the obscene.

Fifth, we will end all self-esteem programs. In this school, self-esteem will be attained in only one way -- the way people attained it until decided otherwise a generation ago -- by earning it. One immediate consequence is that there will be one valedictorian, not eight.

Sixth, and last, I am reorienting the school toward academics and away from politics and propaganda. No more time will be devoted to scaring you about smoking and caffeine, or terrifying you about sexual harassment or global warming. No more semesters will be devoted to condom wearing and teaching you to regard sexual relations as only or primarily a health issue. There will be no more attempts to convince you that you are a victim because you are not white, or not male, or not heterosexual or not Christian. We will have failed if any one of you graduates this school and does not consider him or herself inordinately lucky -- to be alive and to be an American.

Now, please stand and join me in the Pledge of Allegiance to the flag of our country. As many of you do not know the words, your teachers will hand them out to you.

Posted by We Legislate at 7:21 AM No comments: 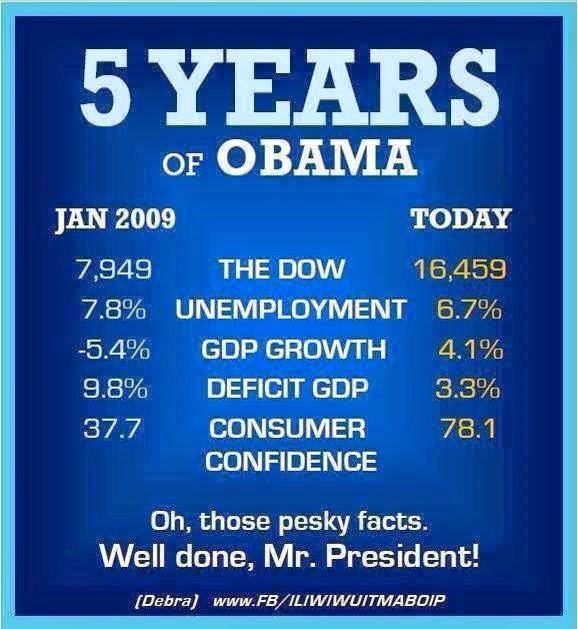 Posted by We Legislate at 8:18 AM No comments: 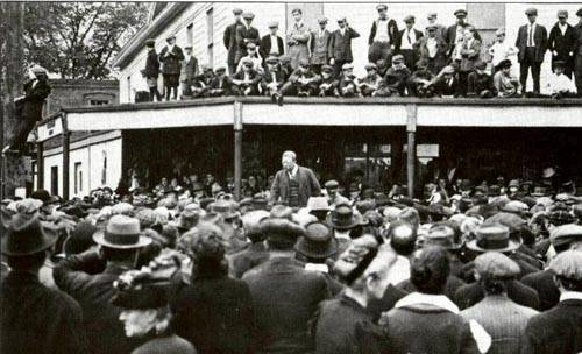 'In the first place, we should insist that if the immigrant who comes here in good faith becomes an American and assimilates himself to us, he shall be treated on an exact equality with everyone else, for it is an outrage to discriminate against any such man because of creed, or birthplace, or origin. But this is predicated upon the person's becoming in every facet an American, and nothing but an American...

Posted by We Legislate at 8:18 AM No comments: 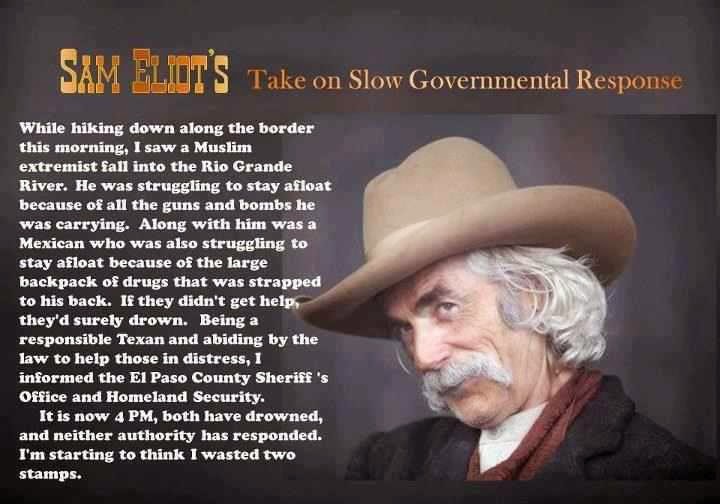 Sent from: Patricia Williams
Comments: Good ole Sam Eliot
Posted by We Legislate at 9:05 AM No comments: